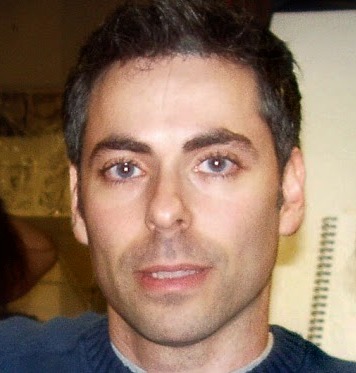 Ian Dorian received his Bachelor’s degree in fine arts from Kean University majoring in sculpture. He went on to receive his Masters in fine arts in multi-media art from the Maryland Institute College of Art. To supplement his education he studied painting, marble carving, and the Italian language in Italy.

He has been actively exhibiting his artwork for more than a decade. From the age of nineteen Ian has apprenticed for artists employed by Marvel, DC, and, Continuity comics where he had the opportunity to learn the art of comic illustration under the tutelage of such artists as Neal Adams, Mark Texeira, Rags Morales, Lou Small Jr to name a few.

Ian has worked as a sculptor, painter, Comic book illustrator, architectural renderer, toy designer/sculptor, graphic designer, Jewelry Designer, and storyboard artist. Ian has been teaching for more than thirteen years at various schools such as Kean University (Union, NJ), the Joe Kubert School of Cartoon and Graphic arts (Dover, NJ), The University of the Arts (Philadelphia, PA), The Maryland Institute College of Art (Baltimore, MD), and others.

Ian teamed up with Jim Krueger and Matthew Pallotta to create, write, and illustrate a graphic Novel for PKMM Entertainment called Law of Resistance while also creating 5 new IP's for production in his first year. He then went on to illustrate the return of Phoenix for ATLAS comics issue #0 as well as several other comic book titles.